I love my drive to work. With the exception of about eight miles, it’s mostly rural roads (back and cross). It’s fifty miles of curves and shadows, branches low enough to block radio signals and time enough to reflect on both the ‘leaving from’ and the ‘going to’. It is a blessing – this God’s light. 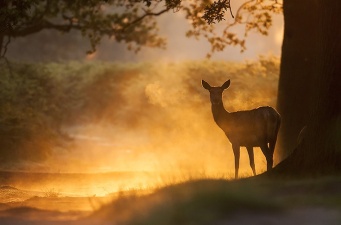 This morning, there was a steady rain and at the ‘nearly light’ time of my passing, dawn glistened in silver pools on blacktop.

There’s a place where I always go especially slow, for I’ve found it to be a favorite crossing for deer. On more than one occasion, I’ve spotted them in advance of the curve as they traveled down the sloping hills to the left. I stop as they move independent (some quickly, some hesitantly) into the road and then across, and up…… More than once they’ve stopped mid-road to watch me (as I watch them). When I become concerned for their safety, I roll down the window and call, ‘you best be moving on’. Some snort and others seem to nod their heads before continuing; before I put the car back into drive, caught within a moment’s prayer of gratitude for this place where our lives (our lines) knotted together.

But back to this morning. The rain was shining, and in an area of winding roads and hillsides, I’m amazed I could see far enough to catch the blue streamers off the cruiser at a distance. I slowed, unsure of what to expect, but fearful of what I might find. It was near the ‘crossing’.

I made my way, slower than usual, only to discover a tiny red car with the frontend smashed sitting at an angle in front of the police car. And in the road, a friend lay still no more than a foot from the white line. She looked to be at peace, and I was grateful for anything the rain had washed away. I scanned both banks, wondering where the others were. Almost always, there were three or four together*. Might they be standing just beyond the veil of rain, waiting for the intruders to leave?

I don’t know. I rolled my window down, sticking my head out into the shower. “I will never forget you.” For several miles, I can’t be sure whether my face was damp from the rain, or from my tears. Somehow, both tasted the same.

Surely, some would tag me a fool, but it wouldn’t change the things I know in my heart. We belong to one another, and when nature cries, we cry. When nature breaks, we break.

*A little known fact – Among whitetail deer, triplet fawns can occur from time to time, and more often than you might think. Most does will have a single fawn their first time giving birth, and then have twins from there on out as long as they live. Of the twins, a high percentage are one each, buck and doe. 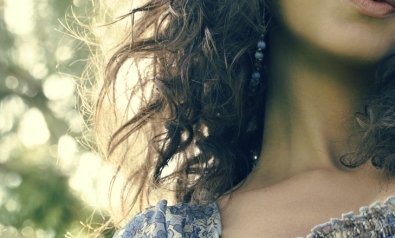 there’s a woman there
I see her
reflection made of me
eyes I’ve known
made softer by the sun
lines are less than faded
silver strands have made a home
remembered now too much
was passed before
cherished memories
not for mercy
poor would be this woman’s heart
speaks to me the same
with eyes the shade of love
the woman there
I know
. . .

Sailed I once
into your blue
and fell as ash somewhere –
washed with rock
along the canyon carved.
Homeward
(closer) to the sea
you carried (lifted) me.
Guarded I the seed
became your kingdom.
No more than one –
one tiny grain –
but there a garden grew
with trees so tall
they skirted heaven’s rafters.
Another home
was anchored there
with view to lands above –
No less than kings
love resolved to love.

Sailed I once into your blue
and fell as ash somewhere. 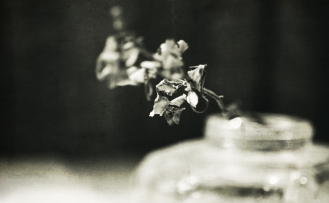 end of day, end of time
both have now arrived
we must believe
love will outlast us
somehow, mysteriously
cast beyond what we have always
understood, in the ethereal
spheres, in the chaos
of a million heartbeats
rhyming here and now
with a splash of eternity’s wish
and in the single moment
everything stops to change
irrevocably, will you stifle a tear
as my hand grows cold
and my fears fade into
your solitude?

we cannot speculate
about dreams between the sun and moon
starlight’s secrets or the depths
of a single human soul
life is a tiny frozen fragment of an iceberg
what remains invisible coerces our faith
into a destiny called beyond
we hear our heartbeat articulate
its incessant pumping red emotion
recalling the flush of today’s triumph
or yesterday’s merciless failure
we puff our lungs with stale air, and mask
a fleeting wish for a hermit’s habitation
a place where dreams stimulate us,
and spin desire into a worldly orbit
like a crazy laughing merry-go-round —
will we never learn to calculate
the distance between two words of love? 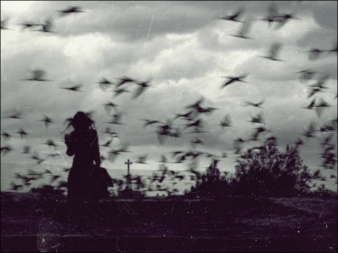 was there a moment then
love thought
we might be saved