Once in ten thousand lifetimes
In the reaching we arrive

Of times before
I let them pass
burning sun into the night.
Told myself another lie –
hurts would heal in morning light.

beyond the scars I cannot change
but for their right –
the want to bleed
hurts that made me
(this I am)
and not for less would I concede.

Ashes scatter
raised to wing –
sunset warm upon my face.
Destiny is mine to choose
for love is never far
from grace.

Another dawn
from this of dreams
comes without the need to grieve.
Faceless name
no looking back
for what I am (is what I keep).

Today awakes another sun
born of love
I give away –
becomes the beauty in my scars
burning bright another day.

The last time
I held you –
the train was just leaving.
A pink piece
of twilight
was burned
soft as coal.
A whistle of promise –
came sweet
down the canyon –
for a moment
(forever)
was a hand
we could hold.

The last time
I saw you –
was just around morning.
We rolled into Beaumont
and stopped for a bite…
I remember that look –
how distant
(how dreamy)
reflecting on something
we’d lost
to the light.

The last time
I kissed you –
was two o’clock Sunday…
bent over journals –
some place
never been.
A dark stretch of highway
(and no place
for turning) –
back to beginning
we wandered
again.

The last time
I called you –
I suffered my longing
how deep (the missing)
a place
you once knew.
How dear
the memory
of roads left to travel –
ere time give me
mercy –

another
last time
with you.

“My mornings typically start with a period of devotion. Since I had already ‘jumped ahead’ and read today’s devotion (on Monday), I flipped to the center of book…confident in finding the right place!

Anyway, the article was written by Mary Lou Ritten and related to four leaf clovers – the analogy that you have to train your eyes to see the four leaf variety among all the rest – just as you have to train your heart to see the good in others instinctively (over the bad). Far too often, we never see beyond ourselves. We’re so involved in getting to the next place that we forget to live in this one (in a place and time we will never be again).

Yeah, I know – perhaps a little weebie-weebie! Anyway! I thought of those drawings that were popular years ago….the ones where you had to ‘train’ your eyes to see the hidden picture. But once you “saw” it, you couldn’t look at the picture again without seeing what you had missed initially.

I like to think that I always look for the good, but sometimes it’s more difficult than others. Do you remember the gratitude journals that were popular several years ago? Each evening, you would list five things you were grateful for. I have a miracle journal (some days – the miracle is that I didn’t kill anyone). The ideas are much the same – to help us to ‘refocus’ our attention.”

I wrote that almost two years ago, as part of a challenge to those within my circle to retrain our eyesight to see the best.

I’ve been accused of many things – a dreamer, a hopeless romantic, one who just won’t let go. I suppose I’m guilty but until yesterday, I didn’t quite understand how the two fit together. During the course of a job fair, it was noticed that there were substantially more people in my line even though the other lines might have resulted in a shorter wait. Some joke was made about it, and I commented that it was probably because I could type faster.

But at the end of the day, a guy who worked alongside me brought up again. He wouldn’t let me ‘laugh it off’ this time, commenting that people were attracted to me because in my eyes, they saw hope. They didn’t see pity or judgment – they saw themselves – the best of themselves. At that moment, I realized a lot of things about the path I’ve taken to ‘here’ and the ‘home’ I’ve found in the now. It is my reward to work with the broken, to see something more – to help them see something more than circumstance and consequence. Maybe if they see that I haven’t given up, they’ll choose not to.

Am I guilty? I certainly am. I’ll spend half a day looking for a four-leaf clover in a patch of weeds or a week involved in work that someone else might see as a total waste of time. I’ve held on to milk, eggs, and relationships (at times) way past their expiration dates, believing in a ‘good’ that no one else could see. When the tough get going, I get comfortable. I’m not giving up, especially when it comes to people. If that makes me a fool, then I’m a fool. A hopeless romantic? Could be. I’ve decided to make no more excuses for holding on, even if it means being accused of being blind. It’s what I do, and I believe it’s what I’m meant to do.

I’ve known darkness. I’ve lived it and I’ve looked into eyes where there was nothing more, convincing myself of a flame. I will always believe that good trumps evil (every single time), and that tinfoil, in the right light, is surely a diamond.

By its very nature, homelessness is impossible to measure with 100% accuracy.
More important than knowing the precise number of people who
experience homelessness (or who we can blame)
is our progress in ending it. Recent studies
suggest that the United States generates homelessness at a much higher rate
than previously thought.

Our task in ending homelessness is thus more important
now than ever. 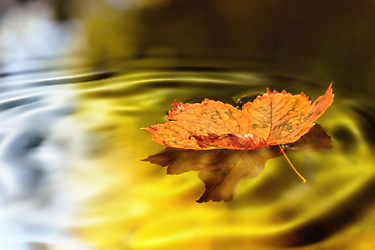 – whispered then
I’ve found you
to himself